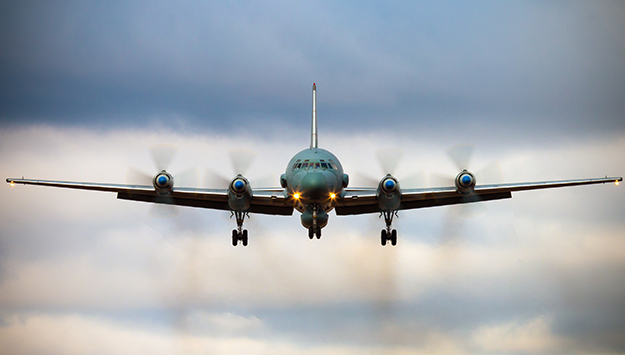 The downing of a Russian military plane by Syrian regime air defenses amid Israeli strikes on a regime facility is a perfect example of the complex new geopolitical realities hovering over the Syrian crisis.

The implementation of de-escalation across Syria a year ago introduced a new reality to Syria, in which foreign states are now actively competing to assert their own influence over overlapping territorial space. Though appropriate measures have been put in place to manage this, the risk of state-on-state conflagrations like we saw overnight has never been higher. With a meaningful political settlement in Syria an increasingly far-fetched objective, this could well be the new reality we live with for years to come.

Until now, Russia’s armed forces have granted Israeli jets the freedom to strike targets in Syria at will, on the condition that a sufficiently early warning is provided to Russia. At times, the Israeli warnings appear to have shortened, particularly when targets are hit in close proximity to Russian assets, as was the case overnight. The Israelis and Russians have had their fair share of deconfliction issues already over Syria and the glue binding this gentleman’s agreement - the Putin-Netanyahu personal relationship - will likely tide this issue over for the time being.

However, the key problem highlighted overnight is the Syrian regime’s incompetence, which is more of a danger to its partners than its enemies. Remarkably, it would appear that the majority of Syrian air defense missiles fired were launched after Israel’s jets have left Syrian airspace, leaving only friendly air assets vulnerable to being hit. If that was not bad enough, any professional air defense network should be able to rapidly distinguish friend from foe - something that the Syrian armed forces resolutely failed to do.

The Turkish-Russian agreement to introduce a demilitarized zone in Syria’s northwest is a welcome step that could well stave off the humanitarian catastrophe that so many of us feared.

If successfully implemented, this will look like enhanced de-escalation, with the new buffer zone actually looking more like a de-extremist zone than a demilitarized one. After all, the more moderate National Liberation Front (NLF) will remain within the zone, albeit without their heavy weaponry. Only jihadist groups like Hayat Tahrir al-Sham (HTS) and smaller factions loyal to Al-Qaeda are expected to withdraw.

This is the key stumbling block that I find it hard to get my head around. For HTS to willingly vacate these areas will be perceived internally as a surrender, which frankly, will be extraordinarily difficult to achieve without breaking the group apart. However, this is precisely what Turkey has sought to do all along. Since establishing a military presence in the northwest, Turkey has chosen to engage with all actors - moderate and extreme - in order to influence and subjugate. When it comes to a group like HTS, the Turks have simultaneously engaged proactively with and sought to empower the wing of the movement willing to accommodate Turkish troops and a continuation of “de-escalation,” while aggressively undermining those within HTS who oppose that path. Turkish intelligence has even facilitated multiple assassinations of troublesome HTS figures, for over a year now. Russia has posed one key challenge to Turkey: separate out, or distinguish the irreconcilables and this latest agreement looks set to be the next stage in Ankara’s attempt to do just that. Neither Turkey nor the moderate opposition want an all-out war with HTS, as neither would win much from that scenario. What they seek is to split the group into more manageable pieces - some of which may be integrated into the “manageable” camp, and others defined as “enemies.”

There are several pieces of strategic geography that will pose challenges for implementation - namely the NE Latakia pocket controlled by an array of small jihadist groups; the Bdama-Jisr al-Shughour region, controlled by the Turkistan Islamic Party (TIP); the Morek region of northern Hama, heavily influenced by HTS; and the western Aleppo area around Al Eis, also controlled by HTS. Due to a variety of independent factors, none of those areas are going to be easily rid of extremists, or heavy weaponry. Should any of these areas fail to be incorporated into the proposed “DMZ,” the Assad regime and its backers will have a sure-fire excuse to use military means to subdue or recapture them. That scenario would likely kill off the DMZ agreement altogether, catalyzing a major escalation in hostilities.

So in short: the onus here is now on Turkey to achieve the near-impossible. This agreement gives Ankara more time to sustain the strategy they put in place a year ago, but the time it takes to achieve their objectives may well be too long for this to work. An explosion in fighting in Idlib has not necessarily been staved off for good.