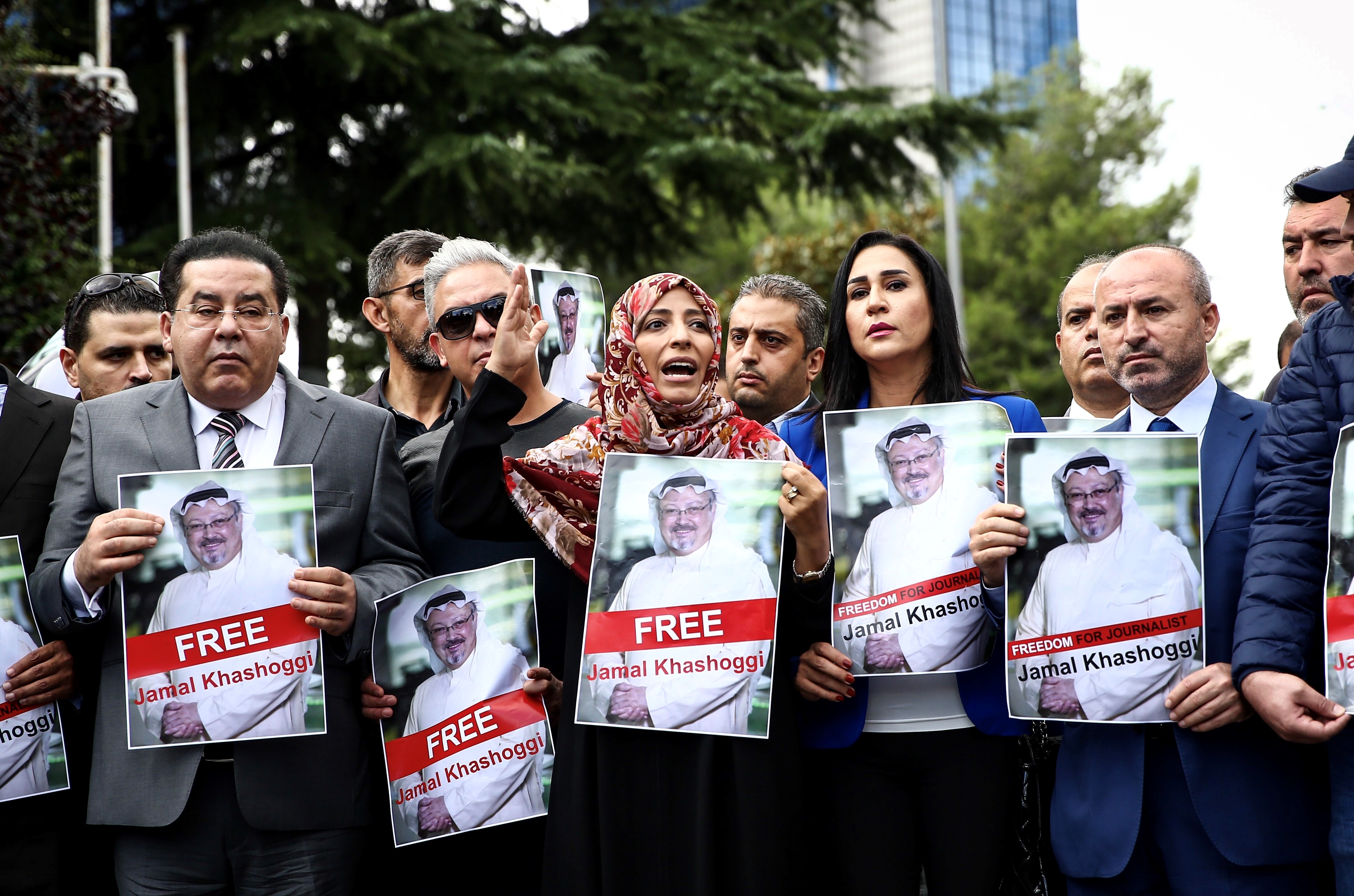 In this week's Monday Briefing, MEI experts discuss recent and upcoming events including the repercussions of Jamal Khashoggi's murder on the Kushner-MbS relationship, Afghanistan’s parliamentary elections, and the summit meeting between European leaders, Putin and Erdogan on Idlib.

One of the hallmarks of the Trump administration’s handling of the Middle East portfolio has been the central role assigned to Trump son-in-law Jared Kushner and Saudi Crown Prince Mohammed bin Salman, known in Washington as MbS. Their relationship has revolved around U.S. efforts to encourage Saudi cooperation on the Israeli-Palestinian account.

In particular, MbS has been supportive of Kushner’s long-awaited plan to entice the Palestinians back to the negotiating table through promises of economic aid while also holding out possible Israeli-Saudi relations as an incentive for Tel Aviv. During his March 2018 tour of the U.S., the crown prince spoke positively of Israel while disparaging the Palestinians. He’s been accused of attempting to strong-arm the Palestinian leadership into accepting Kushner’s proposals while threatening reprisals if they refuse.

It is uncertain, however, whether their personal relationship was confined to Kushner’s “grand bargain.” Kushner has not officially engaged with the Saudis on other aspects of U.S.-Saudi relations. But doubts persist as to whether MbS has not used Kushner as a back channel to gain White House support for Saudi initiatives, including the political and economic assault on Qatar, without coordinating them through formal bilateral channels.

With the crown prince now implicated in the plot to murder Jamal Khashoggi and the Trump administration under fire domestically for its management of the bilateral relationship, continuation of the Kushner-MbS channel may prove to be unsustainable. Indeed, putting the relationship back into the hands of professional diplomats and national security experts will be a positive first step in normalizing ties between Washington and Riyadh. The appointment of a competent, experienced individual to serve as the U.S. ambassador would be an important second step.

Afghanistan’s parliamentary elections held this past Saturday are incomplete. Contests in populous Kandahar province were suspended until later this week as a result of a Taliban attack that killed provincial police chief Abdul Raziq, one of the country’s most effective anti-Taliban commanders. Others died in the assault, which may well have also been aimed at the commander of U.S. forces in Afghanistan, Gen. Austin Miller. The elections, three years delayed, have also fallen short of providing a struggling Kabul regime the legitimacy it has so badly sought. In some one-third of districts nationwide, security was too poor to allow balloting. The election was also marred by widespread violence and unprepared polling centers that discouraged or prevented many from voting.

Those Afghans who managed to cast ballots bravely demonstrated their continued belief in the democratic process and a willingness to stand up to mounting terrorism. The elections might have also provided an opportunity to boost recently renewed efforts to launch peace talks had the Taliban shown forbearance. Instead, its leaders’ decision to undertake a campaign of violence to disrupt the elections has sent a clear message of the Taliban’s disdain not only for the Kabul government but also Afghan democracy. This will probably not, however, dissuade the many Pollyannas in Washington and Kabul from trying to put the best face possible on the Taliban’s actions. They can be expected to portray election-related bombings and brazen assassinations as merely designed to strengthen the Taliban’s bargaining position in preparation for eventual peace talks.

European leaders to meet with Putin and Erdogan on Syria
Gonul Tol, Director for Turkish Studies

Turkish President Recep Tayyip Erdogan will host a summit on the Syria conflict with the presidents of Russia, Germany, and France on Oct. 27 in Istanbul. The U.S. is not invited.
The summit comes after Turkey and Russia announced an agreement on Sept. 17 to create a demilitarized buffer zone in Syria’s Idlib province to separate government forces from rebel fighters. The deal to create a 15-20 kilometer-wide zone came after intense Turkish efforts to prevent a regime assault and a further influx of refugees across its border. France and Germany, also worried about an influx of refugees in case of a regime offensive, welcomed the agreement.

The summit in Istanbul is likely to focus on stabilizing the Idlib deal and rebuilding the Syrian economy. The summit helps Turkey’s normalization efforts with key European countries after a tense year. It also provides Ankara and Moscow a chance to further drive a wedge between the European countries and the U.S. Germany and France, along with the U.S., Britain, Saudi Arabia, and Jordan, are part of a diplomatic initiative called the “small group” on Syria aimed at resolving the conflict. Russia has long pressed Germany and France to break ranks with the U.S. and help rebuild Syria so refugees can go home, but to little avail; European leaders have demanded a transition away from Bashar Assad.

What the summit will produce remains to be seen, but by securing Germany and France’s attendance, Vladimir Putin once again proved that he is the kingmaker in Syria, though willing to share the spotlight with Turkey if necessary.